“We Are California”: California Calls pilots bold plan to take civic engagement to a new level 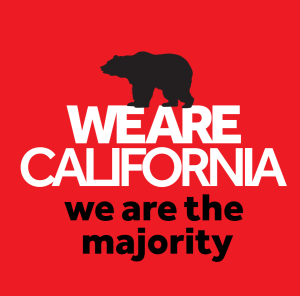 Since 2009, California Calls and our anchors have worked year-round engaging voters through a masterful amalgam of traditional organizing tactics and innovative technology. Transforming the electorate to represent the population has been a central focus and a success – with 500,000 new and occasional voters turning out in the November 2012 election, and over 620,000 identifying their growing support for social equity and progressive tax reform since then. Now California Calls is adding a deeper level of power-building to our grassroots organizing.

This Spring, California Calls launched “We Are California” – a campaign calling on the California majority to use their power to create laws that work for ALL Californians, not just big corporations or the richest 1%.  This distortion of our political system has led to policies that keep 1 in 7 Californians living in poverty, disproportionately incarcerate Blacks and Latinos, and under-fund public education from kindergarten to the university.

“We Are California” will work through California Calls’ member organizations across the state, tapping into their local, grassroots base of supporters. Supporters are asked to pledge to vote in every election.  The “We Are California” effort will then follow-up to urge them to move to a deeper level of action including signing online petitions, attending local community meetings and joining local actions.  The campaign also provides easy ways that “We Are California” voters can help grow power in their communities by engaging family and friends, expanding beyond the reach of California Calls.

Before the June 7th Primary, California Calls’ grassroots leaders will contact over 100,000 voters statewide and motivate them to use their power at the polls on Election Day.  Since launching this drive on May 15, 78% of voters contacted have agreed to join “We Are California”, a very promising response for the future.

California Calls has developed an easy to understand “We Are California” digital voter guide. The digital voter guide will help voters navigate the long ballot and emphasize the importance of voting down the ballot on state and local races. Click here.