Looking Ahead: 1 Million Voters for the California Dream 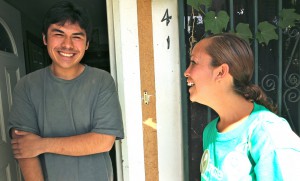 2014 is a very big year for California. Over the past four years, we have worked hard to educate and engage 570,000 new and infrequent voters, get them to the polls in record numbers, and help restore funding to education and human services. In 2014, these voters will have many opportunities to speak out about what matters most in their communities and vote for policies that will help further the California Comeback.

And, there are still millions more voters who aren’t involved in the policy decisions that deeply affect their lives. By 2016, California Calls plans to engage and motivate 1 Million Voters to make California great again.

Here are four ways California Calls will continue to build power in 2014: 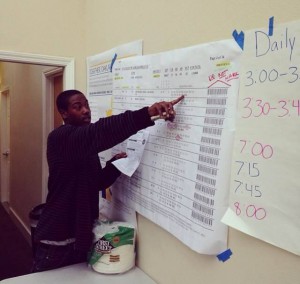 Over the last 4 years California Calls has focused on talking to the voters that are impacted most when we pass policies that don’t fully fund California. In 2014, California Calls will deepen our outreach to the emerging electorate by focusing on tailored strategies to engage young voters, immigrants and the formerly incarcerated – voters who have the most at stake in the 2014 elections.

In the coming years, the California Legislature will have the opportunity to close some of the loopholes corporations use to avoid paying their fair share when properties change ownership. California Calls believes this would be the first step to help reverse the damage done by the passage of Proposition 13. California Calls will focus on educating voters on this critical issue and the creation of a State Task Force to analyze the fiscal impacts and expose the inequities in the current system.

California Calls will also be joining our state ally, California Federation of Teachers, in their new campaign “Healthy Kids, Healthy Minds” which will help get important services that were cut due to lack of funding, like full-time nurses and mental health professionals, back in all California Schools. These services, which were removed from many of California’s schools because of devastating budget cuts, would help students spend more time in school so they don’t fall behind.

Increasing Turnout at the Polls: 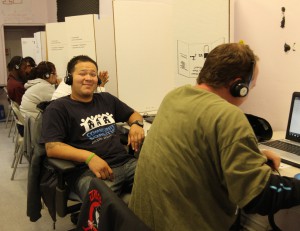 In the November 2012 election, 440,000 California Calls’ supportive voters – new and infrequent voters including youth,  immigrants, voters of color and low income Californians – turned out to the polls at a rate 9% higher than the rest of the state. Voters in California will have two chances to vote in 2014—in the June primary and November general elections.  California Calls will continue its focus on transforming the California electorate to reflect the diversity of its population by making sure our voters have the information they need to make informed decisions and motivating the new and infrequent voters who voted in 2012 to become consistent voters in 2014.

Building a strategy to restore funding for schools and neighborhood services:

The passage of Proposition 30 in 2012 was a crucial first step provide needed funding for education and human services in California, but there is still additional revenue needed to fully restore over a decade of disinvestment and budget cuts. In 2013 California Calls began a first-phase effort to research the inequities of Proposition 13’s commercial property tax. We have confirmed that the system seems badly broken, and that there is high interest in understanding the consequences of the current policies and exploring potential remedies.

In 2014, California Calls will convene a core coalition of groups to oversee the second phase of this exploratory effort including completing the research to get a comprehensive statewide picture of the impacts of current property tax assessment policies, broad outreach and education with key constituencies on why this issue is important to California’s future, examining current public awareness and attitudes, and exploring potential remedies.