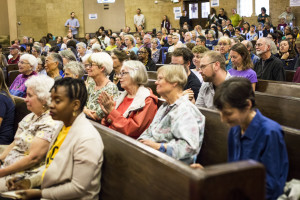 The event, organized by the Make it Fair Coalition, called for a reform that would assess commercial real estate at its full and current market value, while keeping Proposition 13 for residential real estate.

At the event, State Senator Nancy Skinner, State Senator Scott Weiner, and Assemblyman Rob Bonta spoke about the need to reform Proposition 13’s commercial property tax loophole, which currently deprives California of over $9 billion per year in revenue. Richmond City Councilmember Melvin Willis and Alameda Board of Supervisors Member Keith Carson also spoke to the impact that the $369 million in annual revenue to Alameda County would have on local schools and critical services. 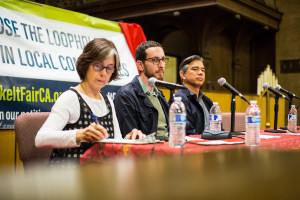 In her remarks, Skinner argued that the Prop 13 commercial loophole “has denied our schools significant funding. Prop 13, from day one, was designed as a corporate giveaway, but it was sold as a protection for homeowners.”

“Prop 13 has been at the center of damage, where California has gone from one of the best school systems to one of the lowest” said State Senator Scott Wiener illuminating one of the most significant impacts of decades of disinvestment due to the proposition.

Asm. Rob Bonta delivered a compelling call to action. “The time is now.  We’re in a special place in California. We are able to move an agenda that supports people, but we’re also fighting a federal government that does not.  We need to seize this moment.  A vote of the people will decide – do we want $9 billion to help with our affordable housing crisis, our health care crisis, to fund our schools and help everyone meet their dream of going to college? I think the resounding answer is yes.” 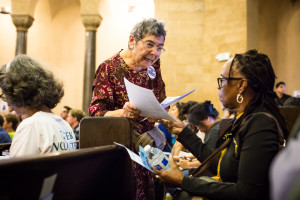 Participants signed up to collect petitions in support of Make It Fair and recruit organizational and small business endorsers. The energy was electric in the room, with many declaring excitement about the growing movement to finally tackle what is seen as the third rail of California politics. So far, nearly 100,000 people have signed petitions supporting the reform of the Prop 13 commercial loophole.

You can watch a recording of the town hall here.

Six town halls are scheduled for September and October in communities across the state. The next two town hall meetings are on September 30th in San Bernardino and October 7th in Los Angeles.