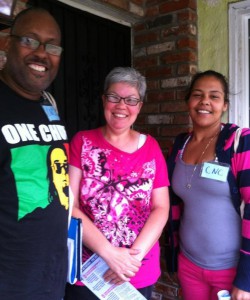 Leading up to the final budget decision, California Calls conducted its 12th civic engagement campaign, contacting 98,833 voters statewide at their doors and on the phone between May 15th and June 3rd.

During the three-week campaign, 700 grassroots leaders and volunteers spread out across the state in 12 counties asking voters to add their voice to the debate on whether California should  prioritize paying down debt and increasing savings over restoring funding for education, services, and the safety net.